Adnan Fatayerji, ThreeFold: "the best protection is ownership and sovereignty over your own online data" 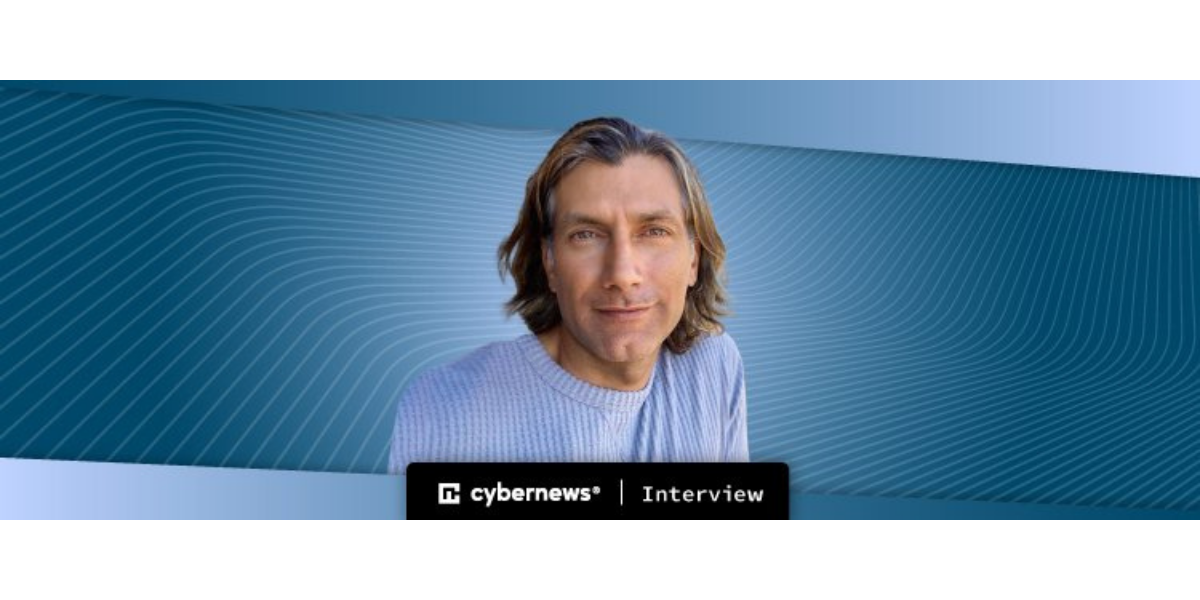 This Q&A originally appeared on CyberNews.


Every action done online leaves a trace of our personal data that can then be accessed by third parties. Unfortunately, this puts our privacy at risk and can lead to dangerous consequences.


If our sensitive information falls into the wrong hands, one can encounter identity theft and suffer enormous financial losses. Thus, it’s essential to explore how the Internet could become a safer place for everyone.


For this reason, CyberNews asked Adnan Fatayerji, the CEO of ThreeFold Foundation, to explain how blockchain technology can empower users and give them ownership over their own online data.


How did ThreeFold originate? What has your journey been like?


My journey with ThreeFold began in 2015. I was a serial entrepreneur up to this point, inspired by the energy and opportunity Dubai had to offer when I first arrived more than a decade prior. I had recently co-founded a company that worked with panoramic stitching and used an incredible piece of technology – we got a lot of interest and were quickly acquired.


At that point, a mutual friend and a business partner introduced me to Kristof de Spiegeleer. He shared his view of the problems with the Internet, with centralized data centers, the Internet’s stack, storage, and computation, and how they needed improvement in ways that serve the underserved around the world.


Kristof expressed that he had been trying to resolve these problems for a long time and he thought he had the pieces to the puzzle, especially with the advent of blockchain which offered new and exciting possibilities. He thought we would hit it off, and we did.


We’ve built ThreeFold and even created a new operating system – Zero OS. It is more energy-efficient and runs completely in an autonomous and decentralized way. It’s the first of its kind, built off of Linux.


The ThreeFold journey has been a vast school of knowledge for me while working with incredible co-founders and mentors who have helped build pieces of the IT world as we know it. It has truly changed my life.


Can you tell us a little bit about what you do? What are your main fields of focus at the moment?


For the last five years, I’ve been in charge of the ThreeFold Foundation which is building a global movement around the ThreeFold Grid – a peer-to-peer, open-source, and decentralized Internet. I’m also active in our fundraising, business, and ecosystem development efforts. It’s an honor every day to wake up and be a part of a global movement of people who are trying to build a better Internet for humanity that can uplift and empower.


Currently, we are focused on building Neighborhood Clouds on ThreeFold that allow home and business owners to transform their own neighborhood into a decentralized, distributed data center by becoming a ThreeFold Farmer. Each home, office, or commercial property can host a 3Node – a dedicated server that provides the edge computing and Internet storage needed to run decentralized applications and Internet services.


3Nodes are interconnected using existing local Internet cable infrastructure. They offer a quantum-safe storage system with the capacity to host a metaverse, gaming, rendering cloud, compute cloud, and a platform for our digital applications that enable our daily digital life. Farmers, in turn, are rewarded every month in ThreeFold Tokens (TFT), a digital currency, for adding capacity to the ThreeFold Grid.


We recently announced a historic partnership in Dubai with Paradise Hills Development to provide every homeowner in a 170-home gated community with a pre-installed 3Node. The initiative will provide residents, businesses, developers, and the government with a secure and highly accessible sovereign cloud infrastructure to run a vast array of applications and internet services, as well as store and process their data locally.


It is evident that open source is an important part of ThreeFold. Would you like to share more about your vision?


Just as Satoshi Nakamoto envisioned the democratization of the financial system through decentralization, ThreeFold is on a similar quest to democratize the Internet with open-source, autonomous, and blockchain technologies. ThreeFold has built the open-source technology behind the decentralized storage and compute capacity of the ThreeFold Grid.


More Internet users can benefit from a neutral, peer-to-peer platform on which to store their data and run their applications privately and securely. Moreover, decentralization can help to remove the Internet’s singular potential points of failure which could seriously disrupt the global Internet and Cloud industry.


A decentralized Internet can also better serve underserved populations of the world, including indigenous populations across the globe. We believe in open-source and we are partnering with technology companies, governments, and indigenous communities to expand the Internet in underserved regions.


Do you think the recent global events had an effect on the way people approach the blockchain landscape?


Recent global events have definitely had an effect and spotlighted the fact that we need to consider new approaches to our IT systems with the blockchain landscape being one of them. A good example of the power of blockchain technology along with digital currency is Ukraine’s thriving fundraising. As the war began, a Decentralized Autonomous Organization (DAO) was set up so that the government could accept cryptocurrency directly from donors.


The ThreeFold DAO allows autonomous operation of the TFChain and ThreeFold Grid. At ThreeFold, we believe that decentralization is needed across a wide array of systems, including organizations, to build a better Internet. Decentralization typically brings more resilience, equality, and fairness. As such, we apply this in a variety of ways across our own structures and practices.


On a similar note, the blockchain community needs to look at the vulnerability of the blockchain’s underlying infrastructure. Today, many are run on centralized cloud services and in a time of conflict can be vulnerable to hacks or attacks. I think this is where ThreeFold aligns so well with the blockchain industry since we provide the missing layer needed to be secure, scale, and remain decentralized.


Since blockchain is a relatively new technology, there are still some confusion and myths surrounding them. What misconceptions do you notice most often?

Furthermore, the ThreeFold Token (TFT) is the first token in the world that gives access to the most comprehensive, decentralized Internet capacity for computing, storage, networking, and soon GPUs. Look at it as the Bitcoin for Internet Capacity.


As more companies move their workload to the cloud, are there any details that might be overlooked when making the switch?


A vastly overlooked detail about the current cloud landscape is that it is energy-hungry and unsustainable given the rate at which our digital demands are growing today. If your company is working to be more environmentally conscious and meet climate goals, cloud hosting might have been overlooked as a contributing factor.


The Internet’s growth is exponential: 5.25 billion people have Internet access and are active users, so that’s about 66% of the world’s population. Since 2000, the number of Internet users has increased by 1,355%. The rate at which hyper-scale data centers need to be built to keep up with hosting these clouds is unrealistic, and their price tags are exorbitant considering there are more efficient ways to tackle this issue.


With ThreeFold, companies can now literally be their own data centers, without the data security risks, latency and downtime issues, or hosting expenses. We believe that the current centralized cloud infrastructure carries increasing risk and it delivers poorly for underserved populations of the world.


It’s crazy to think that more than 80% of today’s Internet infrastructure is owned by less than 20 organizations. The lack of ownership of our own data and the consequent commercialization of our data is a major concern for both individuals and governments alike. Neutrality and democratization of the Internet are an absolute necessity regarding the future of the Internet and cloud architecture.


What security measures do you think are crucial both for casual Internet users and large organizations?


Protecting our personal data is crucial for any individual or entity participating online. There are many precautions and measures that can be taken but the best protection is ownership and sovereignty over your own online data.


From data breaches to DoS attacks to hacked interfaces, cloud computing is under constant attack. ThreeFold’s decentralized cloud offers improved security through a new, secure operating system, Zero OS, that runs on ThreeFold 3Nodes. It has no shell so that farmers – the owners of the capacity that hosts the OS and the workloads – have no access to the data nor the applications running on their hardware.


This OS is booted over the network with cryptographic boot file verification to prevent physical disk access and man-in-the-middle attacks. All nodes have their own IPv6 address and are fully interconnected in the defined network. Additionally, all traffic on the network is encrypted and inaccessible by TF Farmers or hackers.


ThreeFold also offers a Quantum-Safe File System. This File System can be used inside VMs or Kubernetes. This is an amazing feature because it allows you to store endless amounts of data in a Virtual Machine.


There’s also added security. Deployment of IT workloads using a so-called “Smart Contract for IT” makes the deployment process resilient to human error and hacking. The system is self-driving and self-healing, therefore removing the human requirement for deploying and operating IT infrastructure or services. This represents a breakthrough in IT.


What are your predictions for the future of blockchain technology?


Once mainstream organizations become more familiar with the technology and how to use it effectively, adoption will increase. It’s already happening and it’s being merged with other emerging technologies to create scale and efficiency across sectors. We will see a new and more refined era of blockchain technology where functional use cases drive the narrative.


Share with us, what does the future hold for ThreeFold?


ThreeFold is growing the ThreeFold Grid by enabling a community of thousands of farmers from around the world to participate and own a piece of the Internet. Check out our map to see if your region is lit up yet. We believe that the decentralized Internet is key to a sustainable future so that we can deliver on the true promise of the Internet and make it more widely available and affordable for all.


We are continuously improving the ThreeFold Grid. We just announced the release of ThreeFold Grid V3.0.0 Alpha-5 with significant upgrades, improvements, and fixes. Users can now choose to deploy applications and services on dedicated 3Nodes or reserve an entire 3Node, then use it exclusively to deploy solutions for themselves or other customers.


Starting with V3, the ThreeFold Grid is now operating as a DAO. We have also made it easier for users to buy ThreeFold Tokens by trading their BTC on our official TFT Shop website.


We are announcing several promising partnerships and use cases in 2022 and are working closely with several nations to help establish a decentralized and sovereign infrastructure that will improve Internet accessibility, security, and locally provisioned capacity. You can learn more about it at threeFold.io.