Our Quest to Fully Decentralize the Internet

It's our mission to transform the Internet and Cloud. Learn more about the status quo and how we're working on fully decentralizing the entire Internet! 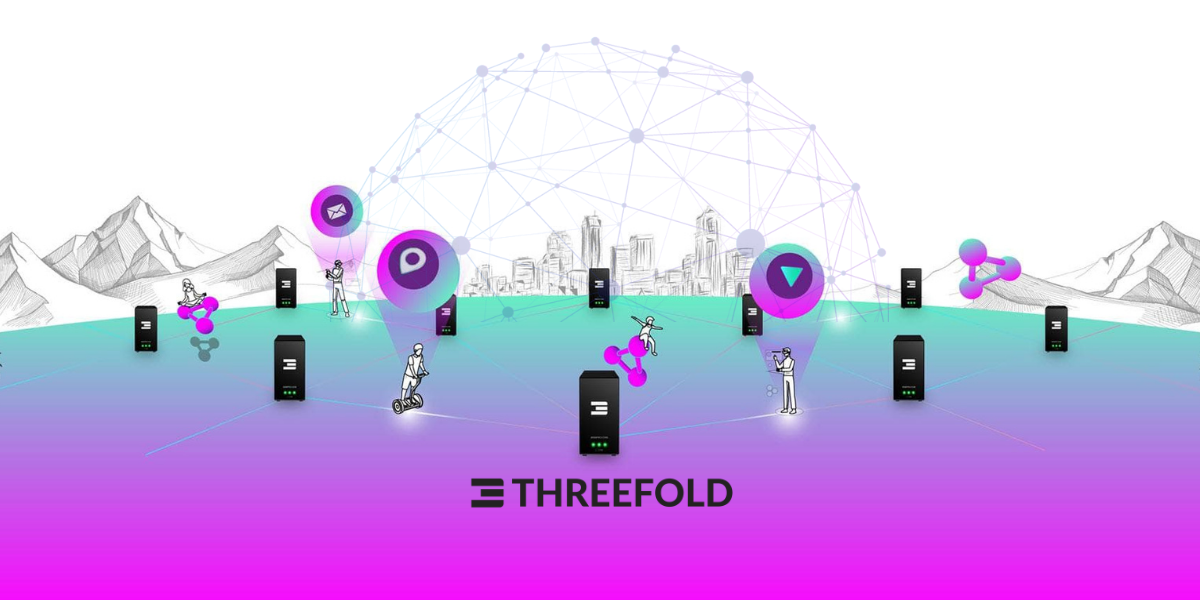 Tim Berners-Lee created the web server and browser in 1990. Back then, the web was of a free, rather decentralized nature in which no single entity was to control the access to it. With the client-server architecture of the web, however, centralization came about. Nowadays, the web as well as the Internet in general are highly centralized. There are only a few companies acting as gatekeepers to large parts of today’s Internet. The Internet as we know it is continuously struggling with issues related to its centralized nature – from censorship and attacks on net neutrality to manipulation attempts from companies with monopolistic power. These issues are systematic and major players like Amazon or Facebook are benefitting from the situation as it is. This business model is also highly reliant on centralized hyperscale data centers that also come with a whole set of issues, from their vulnerability and limited scalability to their extremely high energy consumption and more.


People have become the product of a business model where companies offer their services in exchange for personal data – in order to capitalize on and exploit the data, basically squeezing people out for their data like oranges for juice. In times where data exploitation is the norm, it makes sense that data is often referred to as digital oil or gold. Moreover, algorithms of social media platforms increasingly lead to content provoking controversy and addictive engagement as this type of content tends to increase the time people spend on the platforms – with shocking impacts like The Wall Street Journals’ investigation “The Facebook Files” and The New York Times’ audio series Rabbit Hole show.


All of these issues have strengthened the push towards decentralization, mainly associated with the blockchain technology and cryptocurrencies like Bitcoin. However, many of the projects in the decentralized space still rely on centralized providers or structures to some degree. The second most-popular blockchain in the world, Ethereum, for example, has 60% of its nodes run on centralized cloud providers with 25% of them running on Amazon Web Services (AWS). Akash, a blockchain-based cloud computing platform, prevents unutilized capacity from centralized cloud computing services from going to waste. Leveraging this underutilized cloud capacity, however, also causes Akash to be highly dependent on centralized capacity. Dfinity’s platform for decentralized apps (dApps) is based on an ecosystem of independent data centers, which makes it rather centralized on an infrastructural level.


While the previously mentioned projects are all seeking to push decentralization, they all have one thing in common: they rely on centralized structures or providers at least to some degree and therefore, are not fully decentralized yet. So, what does true decentralization look like?

🔗How ThreeFold is Changing the Game

It is our mission to transform the Internet and Cloud and to create borderless opportunities for humanity. Therefore, we‘re truly committed to decentralizing the infrastructure behind the Internet to scale current and future digital workloads. At Threefold, we’re building an entirely new infrastructure from the ground up, starting with a Grid of new, neutral capacity and our operating system Zero-OS. Our ThreeFold Grid, based on open-source technology, enables an autonomous, secure, and energy-efficient infrastructure that allows for unlimited scalability while remaining affordable. Our Grid is the largest and most advanced peer-to-peer infrastructure in the world, already available in more than 50 countries and keeps expanding fast. With our energy-efficient full stack cloud infrastructure, uniting compute, storage, and network, we are much more comprehensive than other projects.


At ThreeFold, we believe in giving power to the people by developing technologies that empower individuals, enable social participation, and foster collaboration. We’re enabling even people without technical skills to join the network with plug-and-play 3Nodes offered through our certified hardware partners. The ThreeFold Grid is therefore more inclusive and allows any individual to participate. Our peer-to-peer nature removes the need of centralized servers and any type of intermediary, allowing applications and data to live closer to where they’re being utilized.


In addition to that, we believe that no one but you should own your data. Our technology empowers every user to be data sovereign, giving them full control over their own data by using a variety of innovative technologies, such as autonomous IT, blockchain, and peer-to-peer networking. This way, our technology is turning traditional IT upside down, enabling a data-sovereign Internet that gives users control and ownership of their data in an entirely secure, peer-to-peer IT ecosystem.


All in all, we provide the low-level primitives for a decentralized world, enabling any project to run on a fully decentralized, energy-efficient, and self-healing infrastructure. As we truly believe in collaboration to effect change at a large scale to fully decentralize the Internet and Cloud, our partnership ecosystem keeps growing. Most recently, we announced a strategic partnership with ownCloud, an alternative to public clouds with more than 200 million users worldwide, that aims to advance the decentralization of the consumer cloud.